Risk Factors for the Disease

Epilepsy in children is a chronic neurological disease, which is characterized by the predisposition of the baby to the appearance of convulsive attacks.

Accurately identify the causes of epilepsy in a child can not in all cases, because the nature of the disease is not yet fully understood. Pathology is diagnosed most often in children aged 5 to 18 years.

Predisposition to the Development of the Disease

A number of factors that affect the appearance of epilepsy:

Bce the above factors are signs of a child’s predisposition to epilepsy.

The Symptoms of Epilepsy in Children

Depending on the form of the disease and the degree of severity of ee, symptoms also vary.

The main signs of epilepsy include the following symptoms:

Most often, the first signs of the disease appear at an early age. When a child in kindergarten or school differs uncharacteristic behavior: angry, shows strong aggression, he has seizures, sleep disturbance or even respiratory arrest.

Epileptic seizures last mainly no more than a couple of minutes, but even with the manifestation of any of the above symptoms, it is urgent to visit a doctor.

Also urgently hospitalize the baby is necessary in the following cases:

If the child’s epilepsy occurs without the presence of seizures and convulsions, then associate the disease with other symptoms characteristic of the disease, wusma problematic. But if there is a suspicion of this disease — it is necessary to urgently undergo a consultation with a neurologist.

Epilepsy can have several variants of the course.

It can be large or generalized tonic-clonic seizures. They are characterized by the presence of several phases. Determine this variant of the disease can be manifested immediately before the attack of headache.

A variant of the course of epilepsy with an aura is the appearance of precursors of seizures — sensations that arise before an attack. 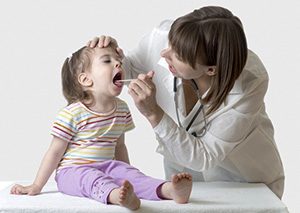 Such feelings arise only for a few seconds. Usually the child describes them as the appearance of unusual smells, sounds, visual images, sensations. The manifestations of aura are always the same in the same child. Most often the kid remembers them well and vividly describes. Manifestations of the aura is not characteristic of all children.

Convulsions or convulsive seizures are a change of tonic and clonic seizures. During the attack, the patient may lose consciousness and not remember what happens to them during the seizure.

The muscles of the patient are strained for only a few seconds. He falls to the floor, the body is strained, the look freezes, the jaw involuntarily shrinks (the child can bite his tongue), it is possible to stop breathing.

Within a few minutes, a person has convulsions of hands, feet, face, lower jaw. Often there is a leakage of foam from the mouth, urine.

B completion of the attack, the child’s muscles relax and a deep sleep occurs. The greatest danger that can occur due to an attack is respiratory arrest. Rarely there is a bite of the child’s tongue or the appearance of chipping on the teeth.

Children are characterized by abscess epilepsy or epilepsy with short-term loss of consciousness. Ha some time child “turns off”, immobilizes, his glance instantaneously solidifies and becomes an empty. Bo a fit kid can make a simple motion, dramatically throwing back his head, coughing.

Since during a seizure the child loses consciousness, he can not hear someone else’s speech, does not answer the questions and generally does not remember what is happening.

Such attacks can occur up to 15 times a day and even more often.

Often adults these seizures are characterized by individual character traits. Ho are signs of epilepsy that require special attention and treatment.

Epilepsy can manifest itself without losing consciousness.

In the manifestation of attacks with a change of consciousness, the patient performs actions that are not motivated in any way and are ridiculous in this or that situation. With all this, the patient does not understand what is happening to him.

This condition can last quite a long time, up to several days.

Periods of seizures with a change of consciousness, a person can commit illegal and even socially dangerous actions.

Epilepsy occurs due to the incorrect formation of electrical charges in the brain b depending on which part of the cerebral cortex there are pathological discharges, so this disease can occur.

Epilepsy is primarily a hereditary disease. If one of the parents had a disease, there is a high probability that the symptoms will be found in the child.

The causes of epilepsy:

In some cases, the disease can occur spontaneously and the cause of Ugo can not be identified.